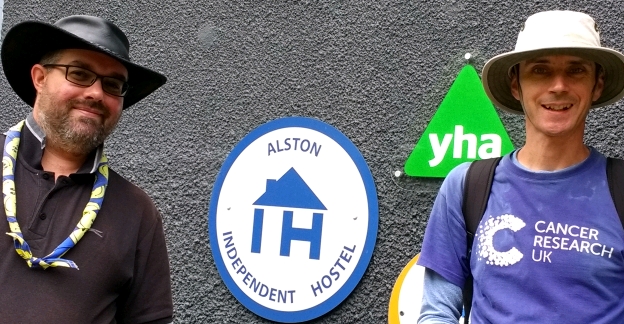 A shorter day. Not hugely shorter, like, none at all, but, well, shorter. 16.7 miles according to my tracker. That included the shenanigans getting to our hotel over the A69 as well.
Anyway. Another day without full packs, as Caroline transported those for us (thankyou Caroline). The forecast was not pretty, not pretty at all – from midday there was almost guaranteed heavy rain from midday until late afternoon. In the event it wasn’t too bad though. It was grey, with a bit of moisture in the air, so ideal hiking weather to be honest. 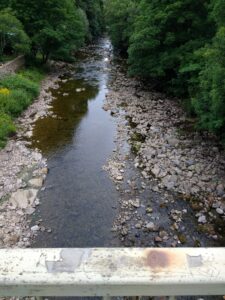 After leaving the hostel at Alston, we purchased our lunch – meal deals from the Spar attached to the petrol station. 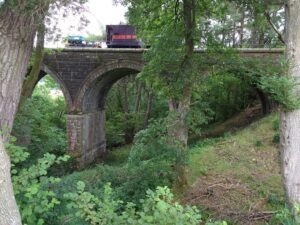 Until it reaches the hamlet of Slaggyford, the Way toys with the South Tyne river again, and the narrow gauge South Tynedale Railway, which runs between Alston and Slaggyford.

We started to have lunch at Slaggyford, which of course prompted the first heavy rain of the day. We were happily sat on a park bench overlooking a deserted green area and playground, eating our meal deals, and the heavens opened. Like the true-grit hikers we are, we packed up and buggered off. After Slaggyford, we were able to take advantage of the cycle path that runs along the remainder of the old railway for a time – the trees provided better cover for the rain, and the mileage was around the same. 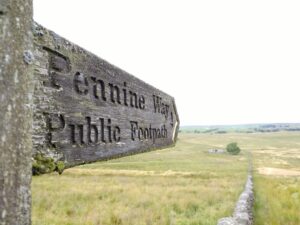 The rest of the day was a mixture of open moorland and farmland, wet and confused sheep, indifferent cows, soggy feet (me), and then trials and tribulations getting from the Pennine Way into Greenhead.
The last couple of miles over the moorland were not overly fun. As with any final couple of miles, it was a lot longer than expected, plus I learnt a valuable lesson in where to store my compass in my daysack – i.e. not right next to a battery pack. Luckily a mixture of good sense (Adam) and the OS Maps app (Me) saw us through. As the Way skirts around Greenhead, we decided to take a different path into the town. This turned out to be the path less trodden, and took some navigation (not using my compass). We also had to dodge traffic on the dual carriageway A69, after descending a set of slimy steps.
The big plus is that when we arrived at Greenhead Youth Hostel, it turned out that we’d been upgraded. The Youth Hostel is now privately run in conjunction with Greenhead Hotel – there had been a late booking for a school group at the Hostel, and as we were the only booking, they’d moved us into the Hotel to make room for them.
So – rest day tomorrow. Just six or seven miles to Twice Brewed, along Hadrian’s Wall. 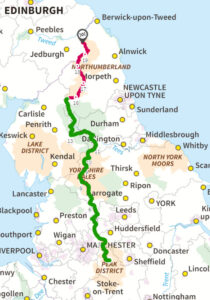