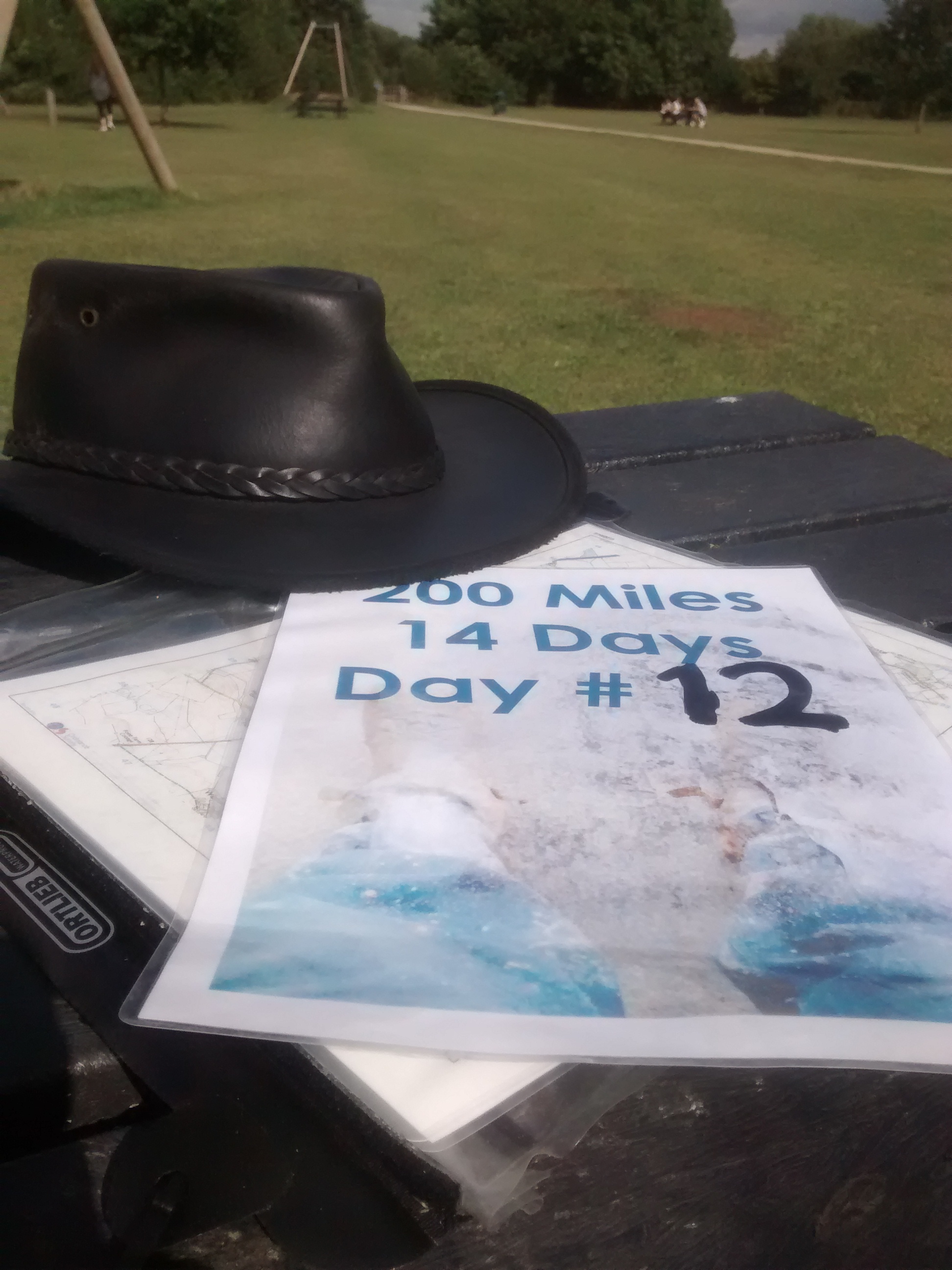 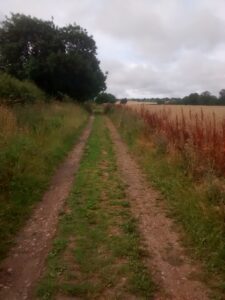 I knew today was going to hurt, but when I reached the halfway point and I’d already done nearly nine miles, I knew it was going to hurt too much. Before I’d even set off I’d had battles with my conscience. If I might elaborate – the Leicestershire Round heads south from Fosse Meadows along the old Fosse Way for nearly two miles before cutting across the fields to the Claybrookes, then heading north to Frolesworth, another three and a half miles approximately. This was no issue at the start – I was full of beans (well, as full as normal at least) and could face the two miles along a gravel track. I knew it was going to be very tough on the return journey though. I knew that when I reached Frolesworth on the return journey, where there is a footpath slightly over a mile long to Fosse Meadows, cutting out those five and a half miles, I knew that I would have to battle with my conscience and willpower. More of that when I come to it though. 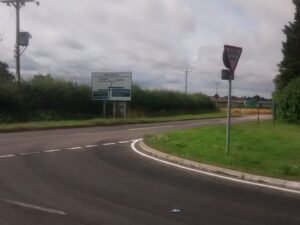 The outward journey along the old Fosse Way actually wasn’t too bad. The foliage has grown over the track sufficiently such that you can’t just see one long depressing grey ribbon of gravel interspersed with weeds.Then the path from High Cross to the first of the Claybrookes (Parva) was, as ever, very well marked, with paths carved through any crops. At Claybrooke Magna, as I entered the first field toward Claybrooke Mill, I heard a thundering of hooves and heavy snorting somewhere behind me and feared the worst – another cow encounter. As it happened, it was less of an encounter, more a distant wave from afar. The cows had evidently just been released into the field and wanted to stretch their legs, but once they’d done that, they were happy to wander aimlessly and leave me to my walk. 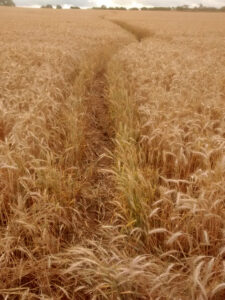 After a few more nondescript fields from Claybrooke Mill to Frolesworth, I faced the first dispiriting walk along the road, through Frolesworth and halfway along the road to Leire, before the path returned to fields. Unfortunately, there aren’t really any footpath alternatives that I can see, so I understand why it’s been done. Tarmac is never kind to tired feet though. Which is why my resolve in the taking shortcuts department began to crumble even more when I reached Leire and faced the second dispiriting walk along the road from the centre of Leire, down the main street, and along the lane to Stemborough Mill. Even though there is a path through a couple of fields running parallel to the road, for some reason the line of the path follows the road (I must investigate why that is). 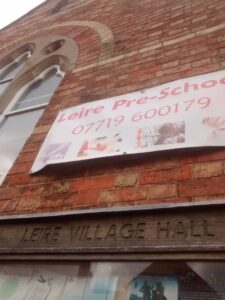 I stumbled to the halfway point at Dunton Bassett, where I was very glad to receive a cup of tea at Elizabeth’s. I was also very glad to have the chance to chat and unwind a little, rather than, as I normally do, just eat lunch and get underway again. I stopped briefly again at Leire, although I had managed to find my legs again after the break at Dunton. I weighed my options while sitting outside the village hall at Leire, carefully measuring the distances of the possible routes back with the lanyard of my compass. I’d established that, if I returned along the route I’d already walked, I’d be walking at least eighteen miles. I knew I didn’t have the legs for that. I also knew that completely chickening out and taking the shortcut from Frolesworth would mean I’d barely be walking fourteen miles, which would neither be in the spirit of the challenge nor would gain me sufficient miles for the total. So, I came up with a compromise. I decided to take a shortcut, but one which I estimated would still make a total of around sixteen miles for the day.This shortcut would cut out the long trek along the old Fosse Way and would cut out around two miles. It did, however, drop me in a field which was being harvested at the time – going around the edge of the field so as not to be mistaken for the crop and being harvested myself probably added about half a mile to the total. 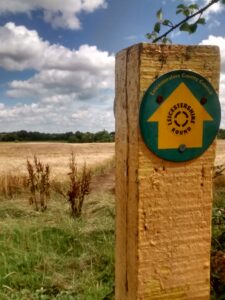 So there are now only two days left, and around twenty five miles left to walk. I think it will take some time to adjust afterwards; not having to think about walking every day. 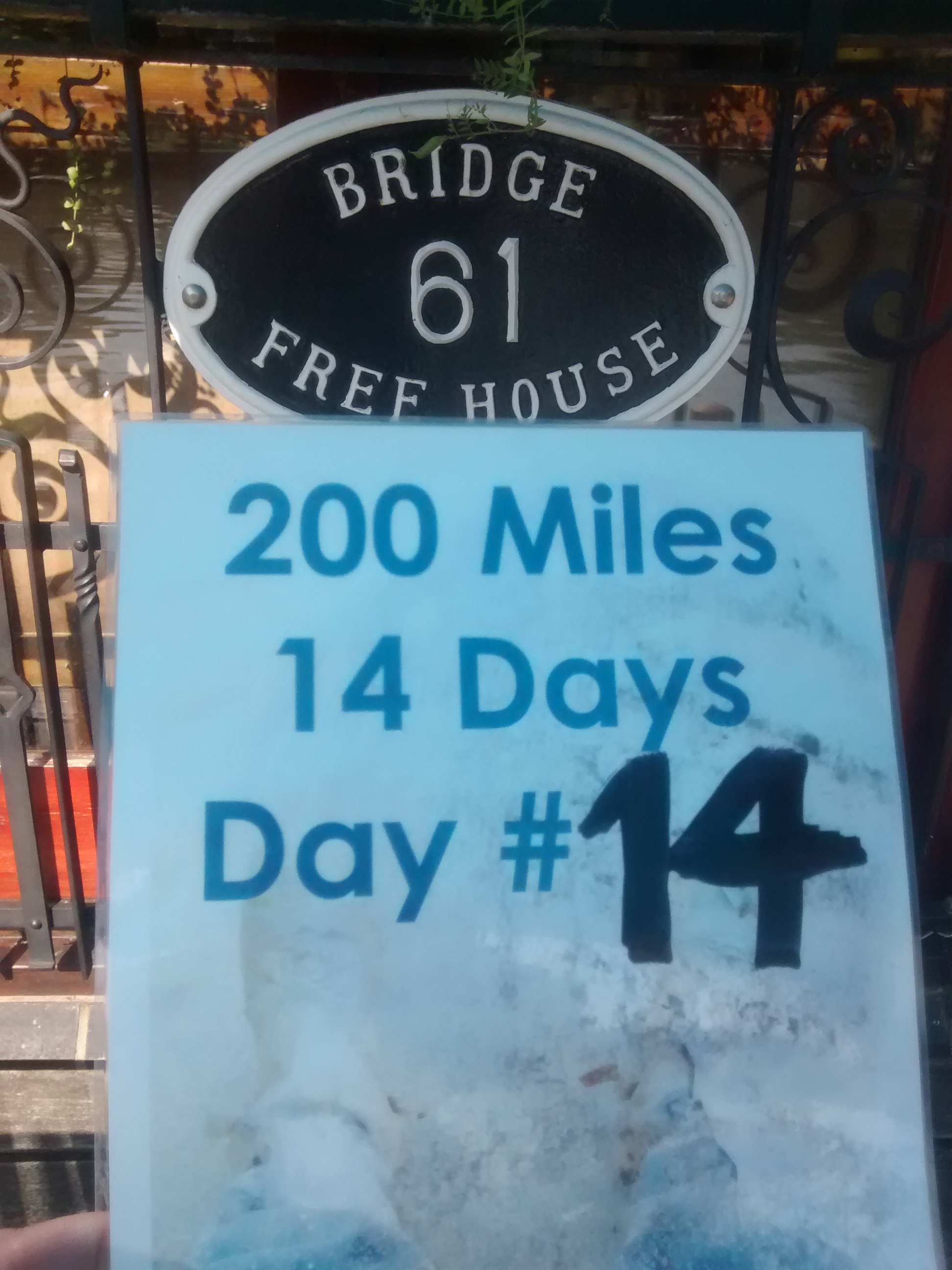 The final day. That was yesterday. I had planned on writing this when I got home last night, but, as might be expected, I was rather tired and anything I wrote probably wouldn’t have made a lot of sense. That 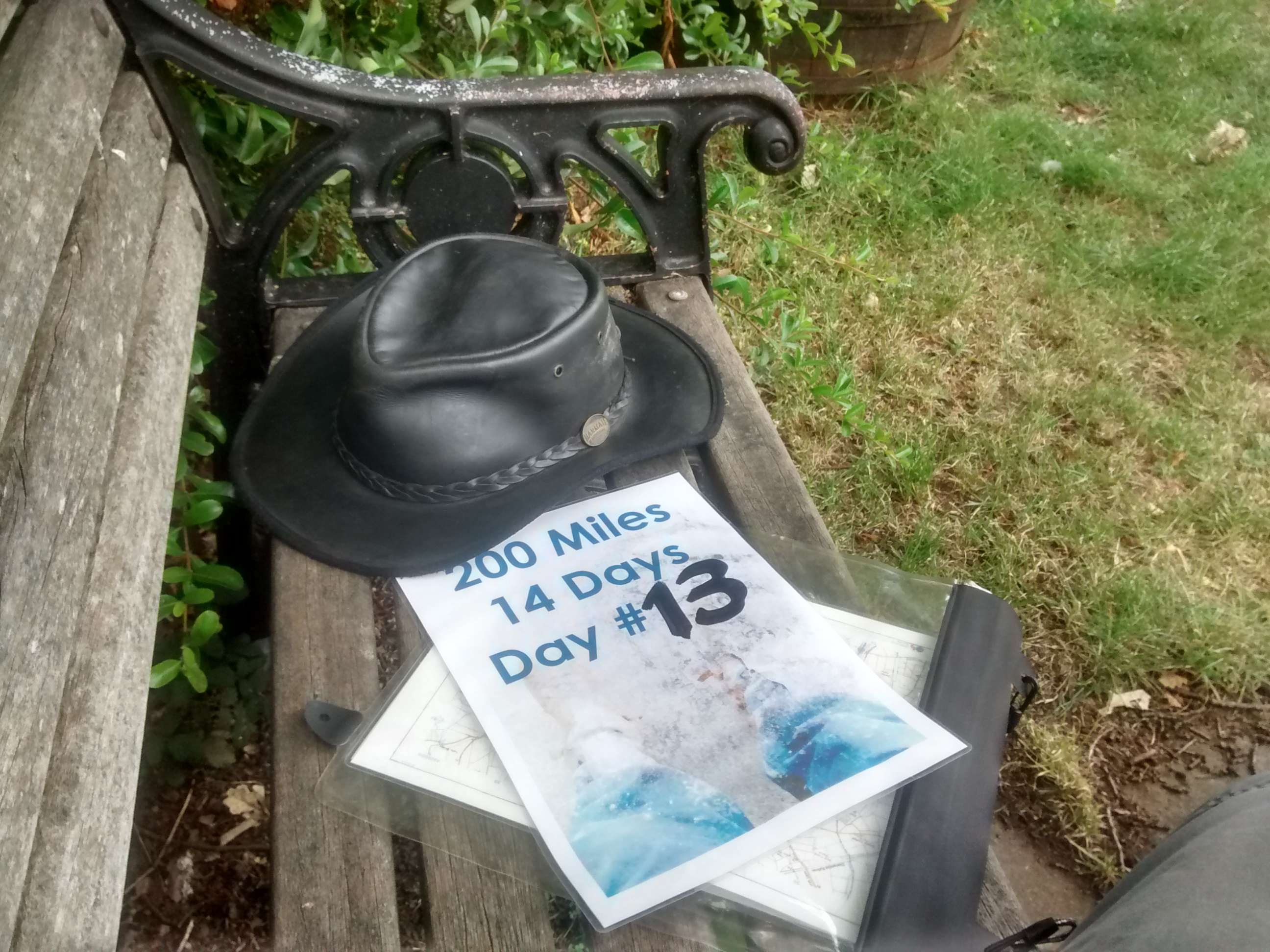 Over the last week or so, it has generally gone good day, bad day, good day etc. In that particular cycle of events, yesterday should have been my good day and today my bad. However, this didn’t happen. Yesterday was

email
Read More about I Can See The End 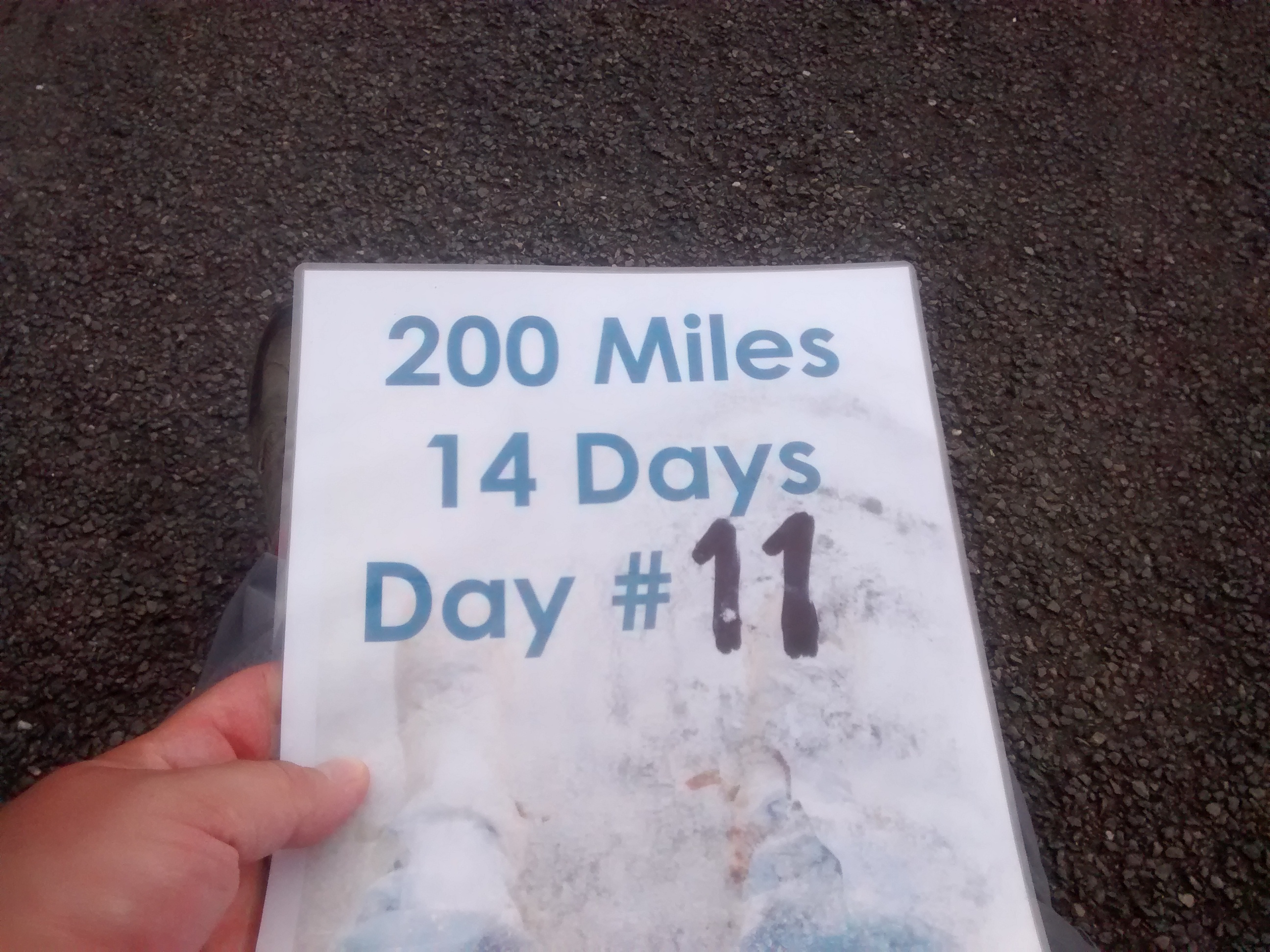 Not strictly speaking an earworm. I thought ‘Substitute’ might have got there when I heard it on the radio this morning, but it didn’t stick, so I chose this other Who classic from a list of suggestions provided by Chris.

email
Read More about I Can See For Miles